TYRANTS OF THE TYRRHENIAN & ADRIATIC SEAS

The Arno River divides and flows just to the south of most of Florence, which was the city of Michelangelo and the center of the Italian renaissance. Its coinage history is much shorter than that of the other regions but features some of the most magnificent pieces, stretching from beautiful gold masterpieces of the grand dukes of the 13th century to an assortment of variously named money of foreign kings who finally surrendered their territory when Italy unified in the 19th century. Many of the earlier coins feature highly religious images. 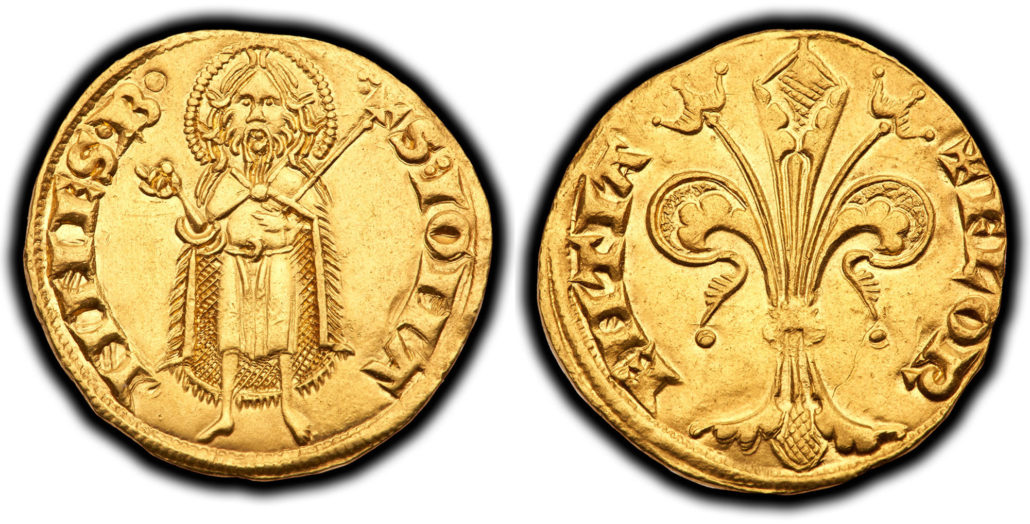 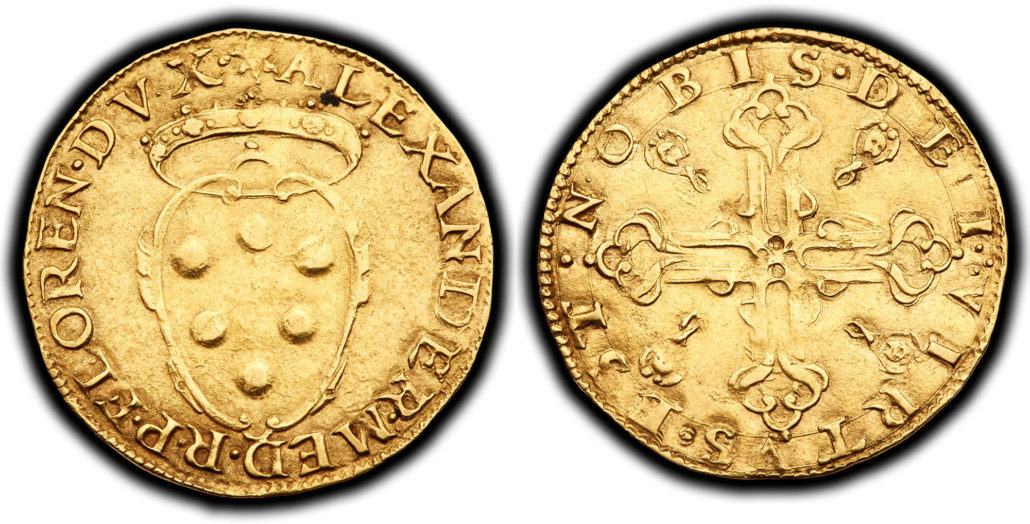 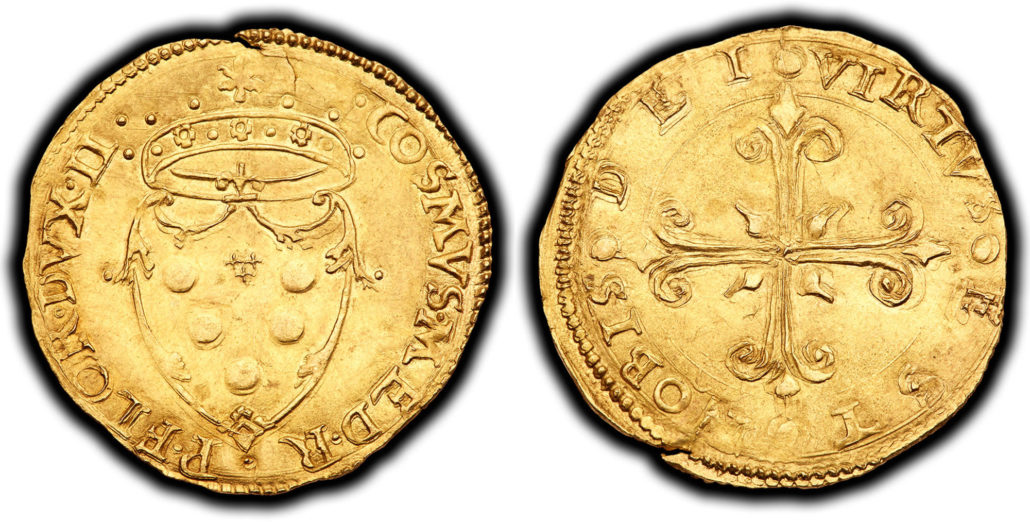 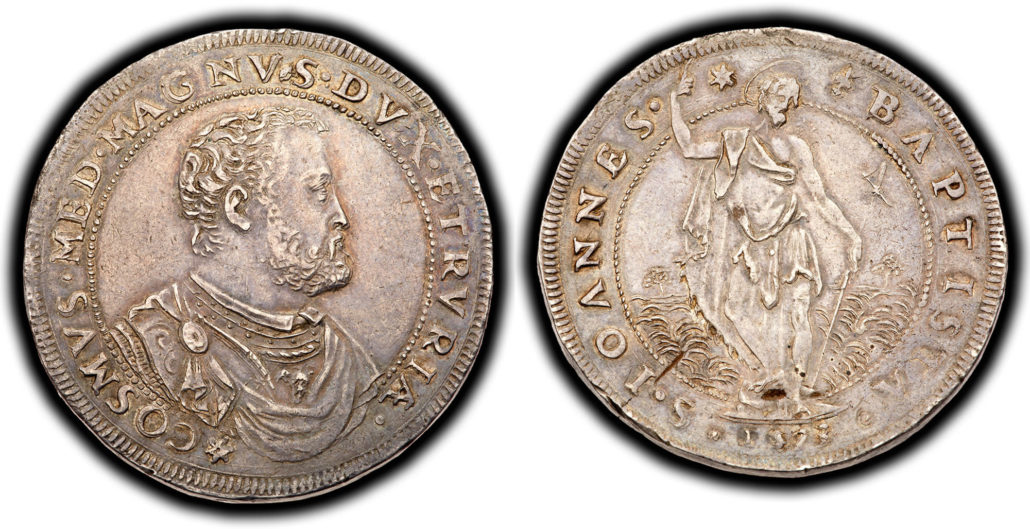 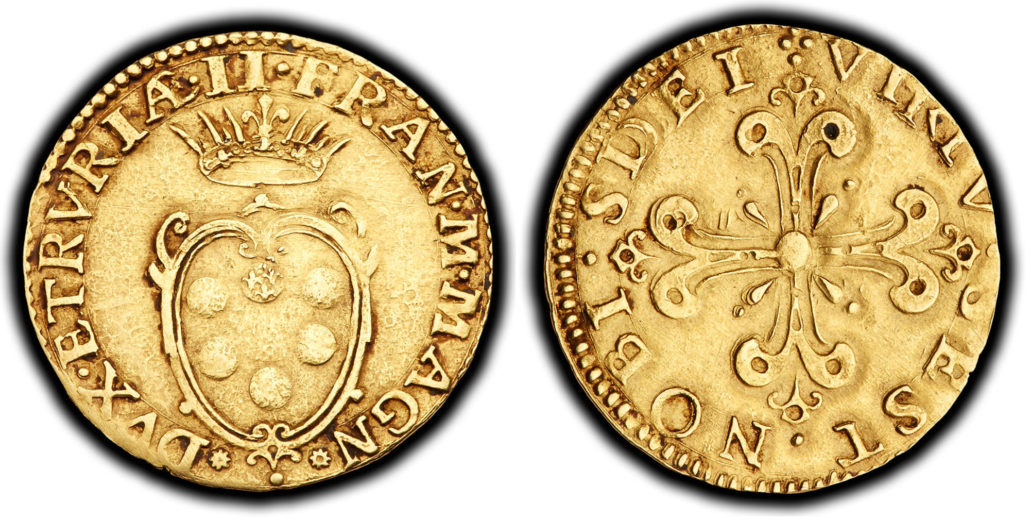 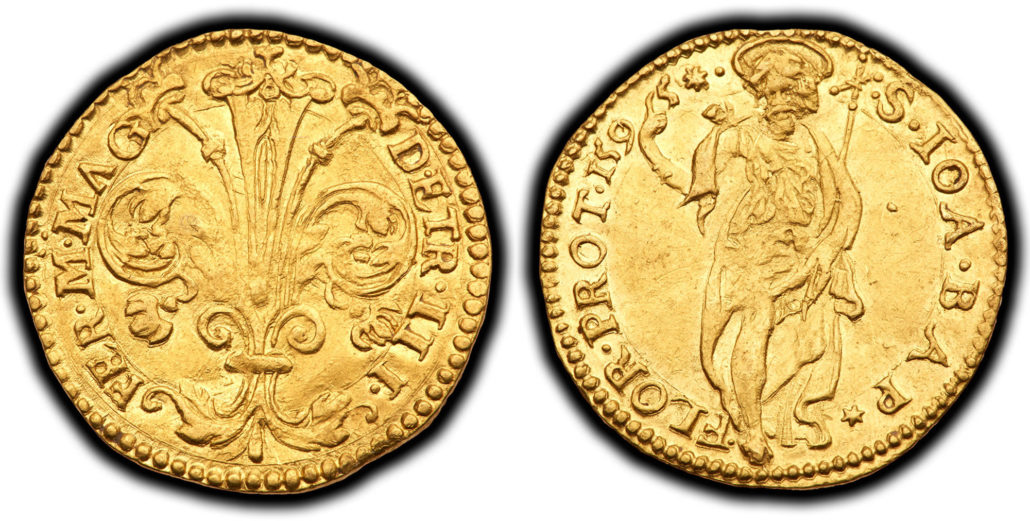 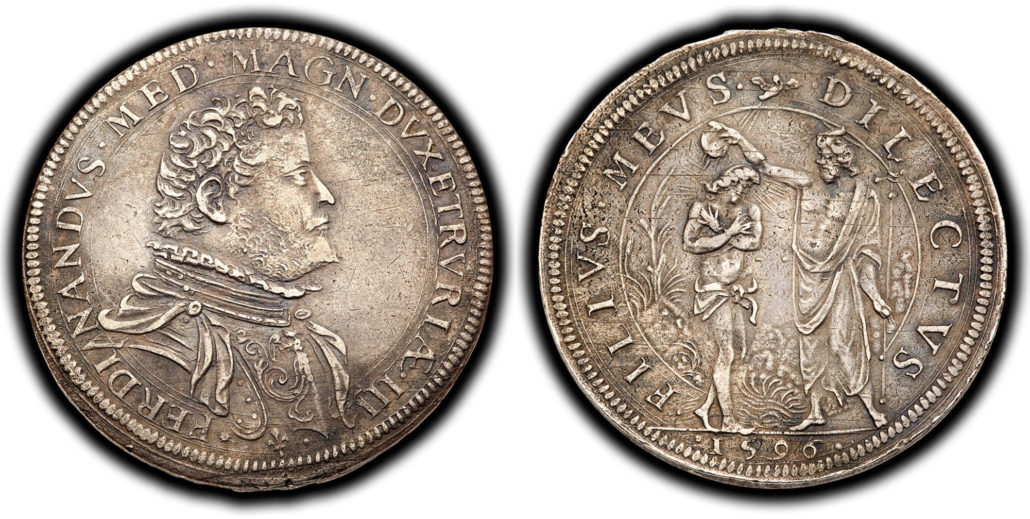 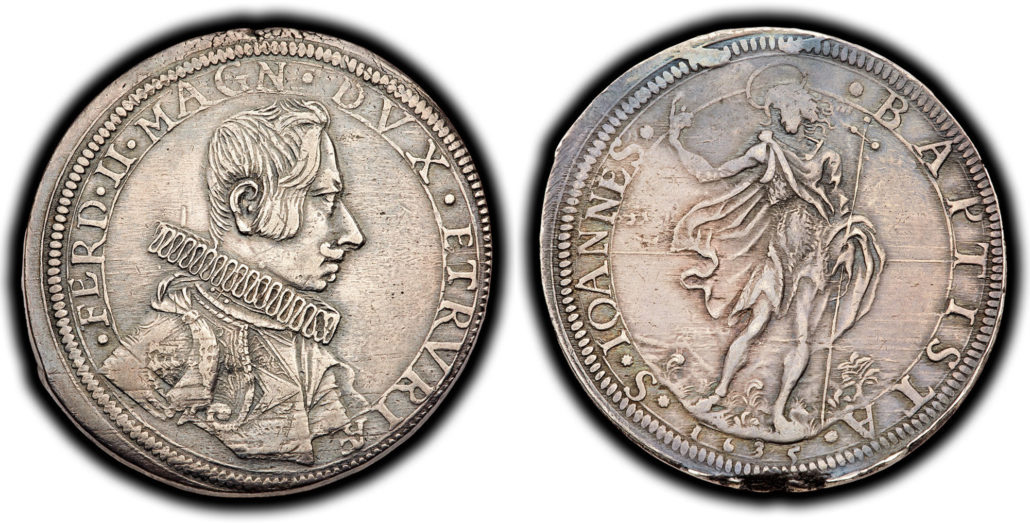 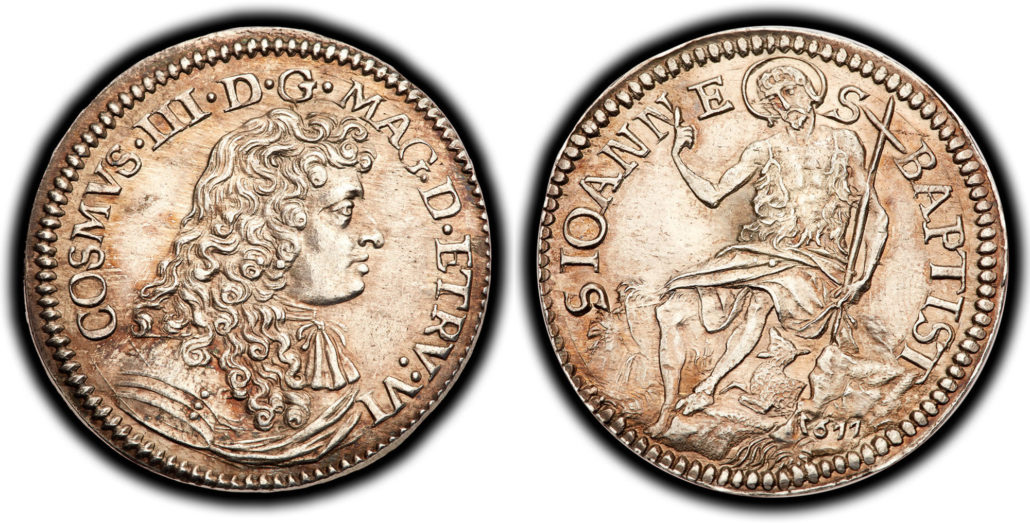 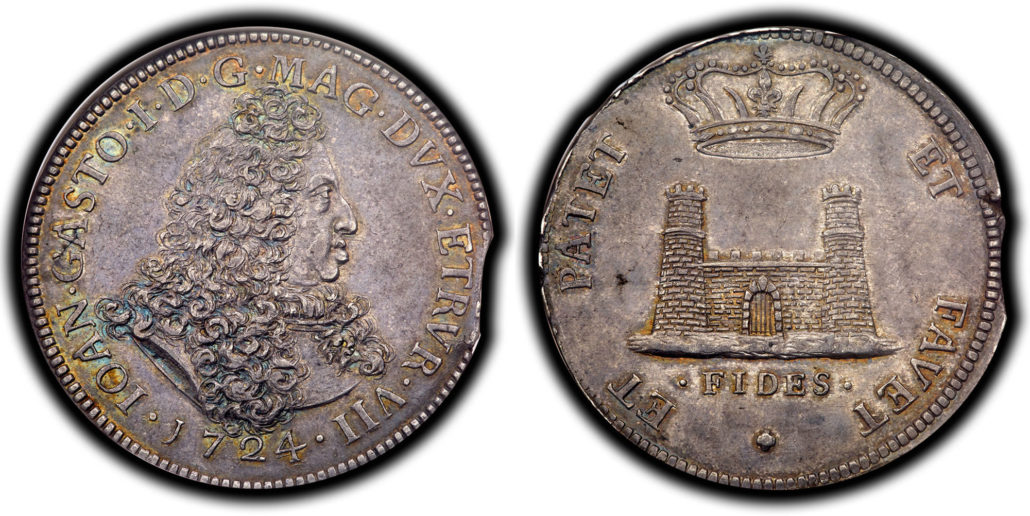 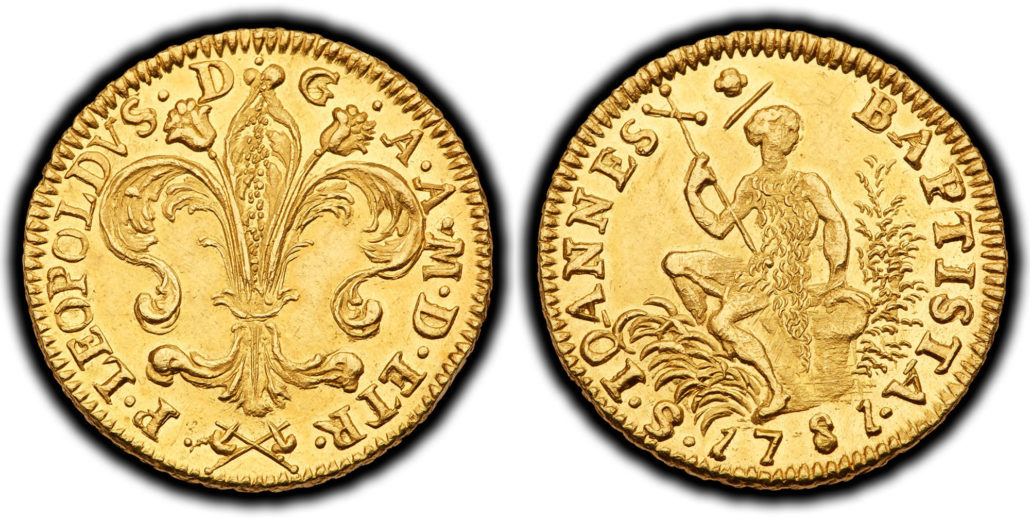 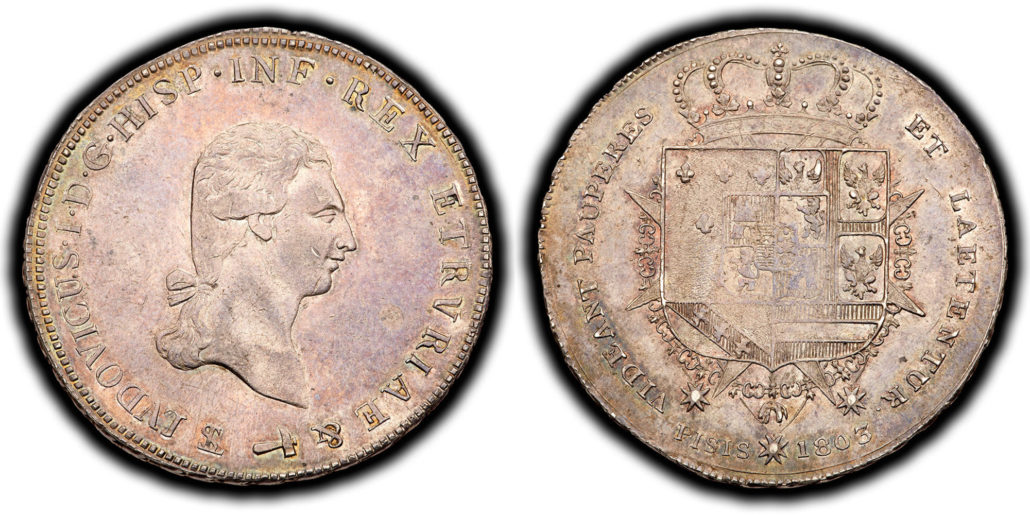 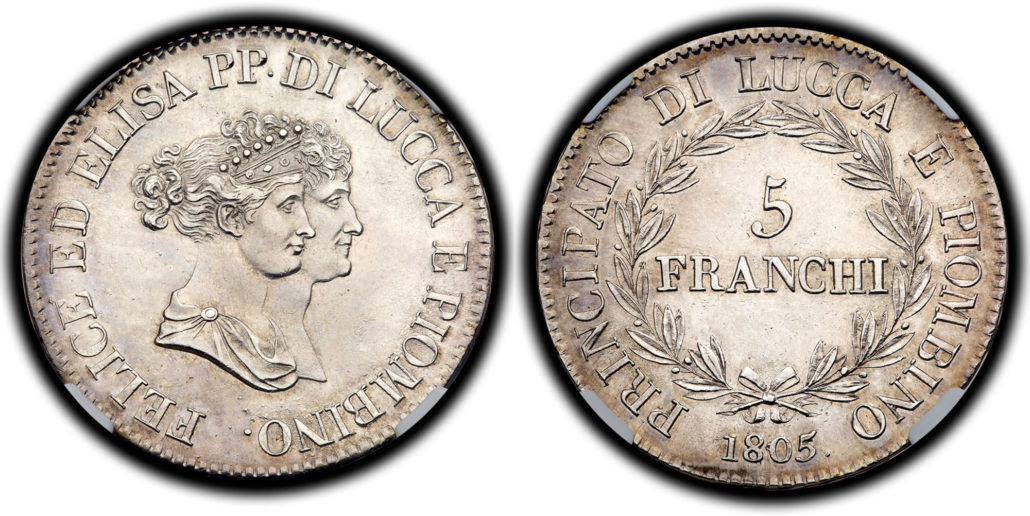 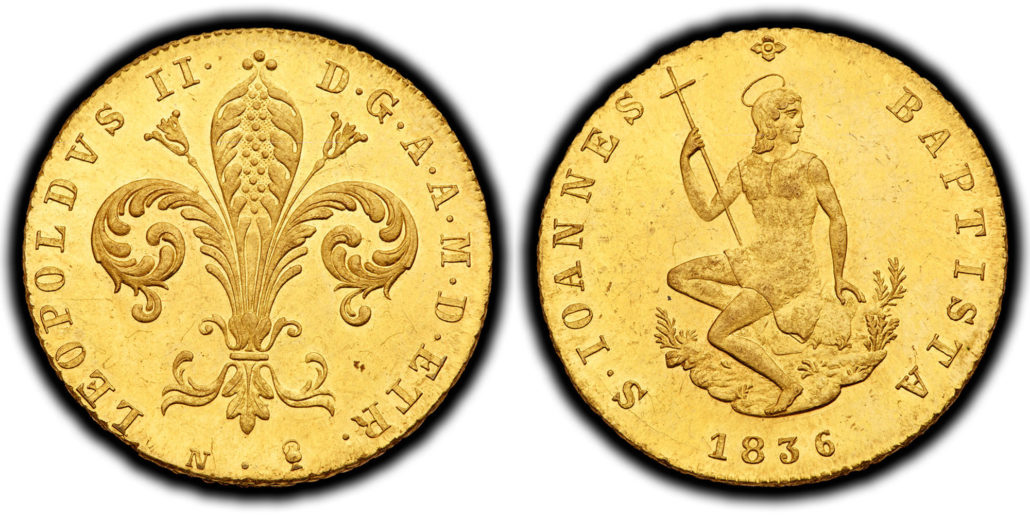